During the engagement Xavier reassured NFC of its sustained intervention, support and assistance for the development of Nigeria’s creative sector.

Recall that during the signing of the pact for the hosting of the 2022 Zuma Film Festival,the Permanent Secretary of the Federal Capital Territory Administration, Mr. Olusade Adesola who signed the MoU on behalf of the FCT, described the ceremony as a great day for Abuja.

Olusade added that the successful signing of the Memorandum of Understanding was a clear demonstration of effective synergy between two sister Federal Government Agencies. 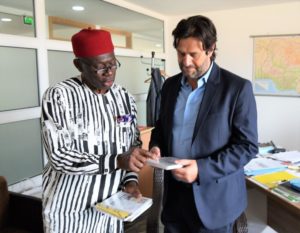 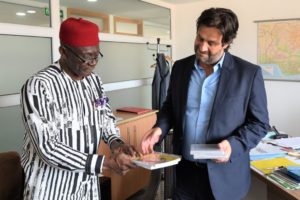 Following the development, Maduekwe held a meeting with the new Country Director of the AFD, in the course of the session Mr. Xavier equally gave assurances that the National Film Institute (NFI) in Jos will be positioned and processed for training and capacity building assistance in order to address the manpower needs of the nation’s film industry.

Mr. Muron and Dr. Chidia Maduekwe further brainstormed on some other issues regarding the development of the Nigerian Film Industry.

During their conversation, Mr. Morun described Nigeria’s film industry as having the capacity to address digital content development gap across the country and beyond, and which can best be escalated through training and capacity building. 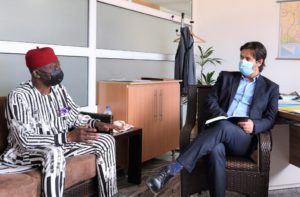 Earlier in his remark, Dr. Chidia Maduekwe enumerated the efforts of the NFC in ensuring that adequate training and capacity building opportunities are provided for  teaming youths of Nigeria, through the creation of Film Production hubs across the country. He urged AFD to expand its assistance to the NFC/NFI so as to increase its capacity enablement. Further engagements are expected to be held to sustain the partnership between the NFC and AFD.