Following the decision of the Niger State government to carry out physical screening exercises of pensioners in the State in order to ensure pensioners are not shortchanged, Governor Abubakar Sani Bello has visited the venue of the ongoing exercise in Minna.

Governor Sani Bello who went round to observe the exercise, also interacted with some of the screening officials and pensioners who were seen in clusters according to their local government area of residence. 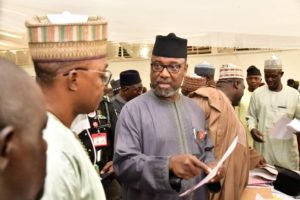 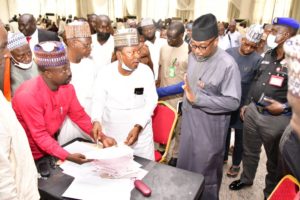 Speaking to journalists shortly after monitoring the exercise, Governor Sani Bello explained that it is meant to cleanse the system from pension scams and other financial irregularities stressing that it was not to cause any hardship to the pensioners but to sanitize the system.

“The whole essence of this screening is not to inconvenience anyone, but I have received reports of many innocent pensioners that have not been receiving their pension.

He urged the pensioners to be patient with the exercise as he is optimistic it will achieve the desired objectives. 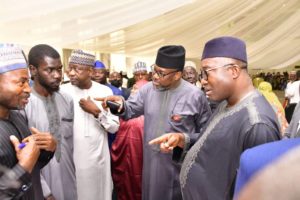 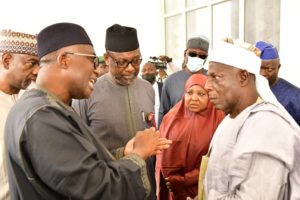 The Governor directed that payment should be made to those that have been cleared and suggested to the screening committee to follow some of the pensioners who are sick or very weak to withstand the rigor of the exercise to their houses to get them screened.

Some of the pensioners interviewed applauded the government for the exercise, pointing out that it will help uncover lots of sharp practices and block some leakages.